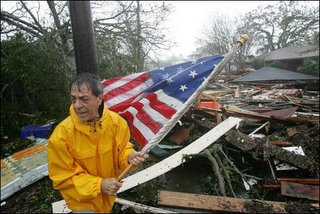 The Saturday School at the Learning Bank of COIL, Inc. is collecting new and unopened goods for families in Gulfport, MS displaced by Hurricane Katrina.

The following is a WISH LIST of items that were requested by families in MS: (Upon their request, we ask that you DO NOT donate clothes or shoes!)

Please drop-off your new and unopened donated goods to 1200 W. Baltimore Street on the following dates:

All donated items will be delivered to the Little Rock Missionary Baptist Church located 4538 Old Pass Road in Gulfport, MS on December 26th.

**Gas Cards are also being accepted to help off-set the expense of gas to deliver the donated goods to MS.**

For more information contact Nathalia Gordon or Lynn Pinder at the Learning Bank of COIL, Inc. at 410-659-5452. Thank you for your support!
No comments:
Email ThisBlogThis!Share to TwitterShare to FacebookShare to Pinterest

YOUR NAME
YOUR ADDRESS
DATE

I was disappointed to learn that FEMA plans to evacuate more than 150.000 from hotels and other federally-supported housing on December 1. I am writing to urge you to take any and all action to reverse this ill-advised decision. As a member of the Millions More Movement, I am especially concerned about the number of displaced African Americans who are affected by this harsh and untimely action. The United States Senate has just adopted a resolution to display a statue of the civil rights icon, Mrs. Rosa Parks, in the capitol. Why would our government, then, evict people on the 50th anniversary of her historic action?

Something must be done. Please use your influence to urge Mr. R. David Paulison, FEMA’s acting director, to reverse this decision. While people desperately need permanent housing, untimely evictions will exacerbate, not reverse, the trauma hurricane victims have already suffered.

Thank you for your prompt action on this very critical matter.

You can also email the White House at comments@whitehouse.gov

WASHINGTON, Nov. 14 /U.S. Newswire/ -- Today, a lawsuit was filed seeking a temporary restraining order to protect the interests of displaced residents, as a result of Hurricane Katrina. Ultimately, plaintiffs seek a declaration that Louisiana's eviction notice procedures are unconstitutional because they do not provide survivors an opportunity to be heard.

"Two months after Katrina, the residents of New Orleans most traumatized by the hurricane and its aftermath are now traumatized by the prospect of being evicted from their homes and losing all of their personal effects, without proper notice," said Judith Browne, co-director, Advancement Project, a national racial justice organization. "We merely want to establish fair rules, so that people can defend themselves, protect their personal property and their housing opportunities. Too many people are having their belongings thrown on the streets without due process as our Constitution requires."

Because Louisiana law merely requires that lessees whose whereabouts are unknown receive notice by tacking it to the door of the premises, tens of thousands of residents will be evicted without an opportunity to be heard. Factually, there is no realistic expectation that people who do not live in New Orleans, due to no fault of their own, but because of the devastating circumstances of Hurricane Katrina, will receive notice of eviction proceedings. If there is no expectation, that people will know, then this is a straightforward denial of due process. For example:

-- Janeice Sylvester resided in a rental apartment in Orleans Parish. Due to the hurricane, Sylvester is displaced and currently resides in LaPlace, La. When Sylvester visited her Hayne Blvd. apartment in early October, her belongings were in place and intact. During the time of her displacement from her apartment, Sylvester has made several attempts to contact her landlord, but has been unable to establish contact because the phone number was not functioning. On Nov. 4, Sylvester returned to her apartment to find a notice of eviction posted and a court date of Nov. 3. Sylvester has not been contacted by her landlord at any time, nor was there any known effort to establish contact with Sylvester.

-- For 17 years, Brenda Brooks has resided in the same rental property in New Orleans; she is currently displaced and living in Houston. Brooks first visited her apartment in early October. Brooks contacted the landlord and provided them with her temporary address in Texas and her cellular telephone number. During this conversation Brooks inquired whether there was anything she needed to do; she was told no. On Oct. 28, 29 and 31, Brooks returned to her apartment to clean it. At the time, there was no notice of any eviction proceedings. Brooks was subsequently told by a neighbor that a notice to vacate dated Oct. 27 had been posted on her door. Although she provided the landlord with her address in Texas, she has received no such notice by mail.

"Renters in New Orleans are facing evictions from landlords who want to renovate and charge higher rents to the out of town workers who populate the city," said Bill Quigley, lead counsel in the lawsuit. "Some renters have offered to pay their rent and are still being evicted. Others question why they should have to pay rent for September when they were not allowed to return to New Orleans."

The lawsuit brought against the Federal Emergency Management Agency, Clerks of the courts, and Constables contends that there are several ways to increase the likelihood that residents will have a chance to know that they are subject to eviction proceedings:

-- Extend the notice period to 60 days in order to give people a greater chance to learn about proceedings; and

-- Order the Federal Emergency Management Agency, which maintains information regarding the whereabouts of displaced residents to assist in the notice process and give adequate time for people to know what is happening and to have a chance to respond.

"Without such relief, displaced residents will be irreparably harmed by the loss of their housing opportunity and their personal property that is removed from the premises," concluded Quigley. "Haven't the residents in the Gulf Region lost enough?"

Experience an incredible time in God as Restoring Life International Church help those affected by Hurricane Katrina. Admission only $10.
No comments:
Email ThisBlogThis!Share to TwitterShare to FacebookShare to Pinterest 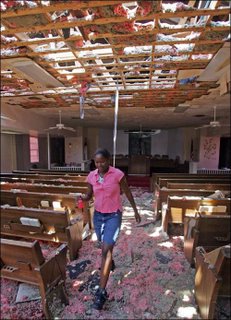 The Saturday School at the Learning Bank of COIL, Inc. (located 1200 W. Baltimore Street) is collecting new and unopened goods for families in Gulfport, MS displaced by Hurricane Katrina on the following Saturdays:

The following is a list of items that were requested by families in MS: (Please do not donate clothes or shoes!)

As we will be driving the donations to MS, we will also accept Gas Gift Cards to help offset the costs for fuel for our journey. If you are unable to donate an item, please pray for the families impacted by Hurricane Katrina for their lives are forever changed. For more information email ywaction1@yahoo.com.
No comments:
Email ThisBlogThis!Share to TwitterShare to FacebookShare to Pinterest

Praise Report - THROUGH THE FIRE!

Early Saturday morning like at 1:00 a.m. I was awakened to screams and banging on my door only to open my eyes to a room full of smoke. I was a bit disoriented but knew to go straight to the door where I could hear the constant pounding. When I opened the front door, I met two firemen with oxygen masks in the hallway filled with black smoke. One fireman immediately began to ask if anyone else was in my apartment and told me that he had to get me out the building immediately. The smoke was so thick in the hallway I had to grab the fireman's hand to be led out the building. I get outside and it's like five or six fire trucks outside and people everywhere with concerned looks on their face. Because of all of the smoke everyone assumed the fire was in my building but it was actually in the house next door. The house next door to me, unfortunately was destroyed, but God...

Let me stop here and send out a praise shout -
HALLELUJAH! GLORY BE TO GOD! THANK YOU JESUS!

The house next door was destroyed, smoke filled my apartment building and my apartment, our smoke detectors did not go off, but NO ONE was hurt or injured.

No one was hurt! Possessions were lost. Clothes and belongings in my apartment are smoke stained, but everyone walked away with their lives - no one even needed emergency medic services!
HALLELUJAH! GLORY!

Of course we were all shaken. I had to sleep at a neighbor's house two doors down until the smoke smell decreased enough for me to come back into my apartment and start the cleanup and airing out of the apartment. I think for the first day or so on Saturday and Sunday I was in somewhat of shock because I realized that I could have just died in my sleep from smoke inhalation, but GOD!


I am so thankful for my life? There are so many other reasons why I should be and am thankful, but I this weekend I experienced thankfulness on a whole new level.

"He who dwells in the shelter of the Most High will rest in the shadow of the Almighty. I will say of the Lord, 'He is my refuge and my fortress, my God, in whom I trust.' Surely He will save you from the fowler's snare and from the deadly pestilence. He will cover you with his feathers, and under His wings you will find refuge; his faithfulness will be your shield and rampart, You will not fear the terror of night, nor the arrow that flies by day, nor the pestilence that stalks in the darkness, nor the plague that destroys at midday. A thousand may fall at your side, ten thousand at your right hand, but it will not come near you. You will only observe with your eyes and see the punishment of the wicked.

If you make the Most High your dwelling - even the Lord, who is my refuge, then no harm will befall you, no disaster will come near your tent for he will command his angels concerning you to guard you in all your ways; they will lift you up in their hands so that you will not strike your foot against a stone. You will tread upon the lion and the cobra; you will trample the great lion and the serpent.

Because he loves me, says the Lord, 'I will rescue him; I will protect him for he acknowledges my name. He will call upon me, and I will and answer him; I will be with him in trouble. I will deliver him and honor him with long life and I satisfy him and show him my salvation." Psalm 91

I believe it and receive it! HALLELUJAH!
No comments:
Email ThisBlogThis!Share to TwitterShare to FacebookShare to Pinterest

God is looking for ordinary people to do extraordinary work!
No comments:
Email ThisBlogThis!Share to TwitterShare to FacebookShare to Pinterest
Newer Posts Older Posts Home
Subscribe to: Posts (Atom) 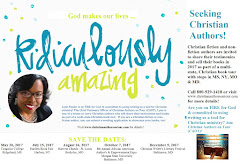 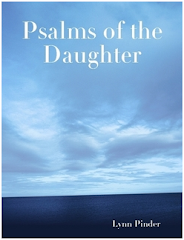